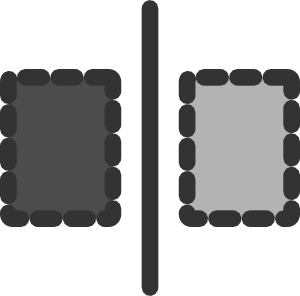 AU size is a disk group attribute, so each disk group can have a different AU size.

Before ASM version 11.1 we had uniform extent size. ASM version 11.1 introduced the variable sized extents that enable support for larger data files, reduce (ASM and database) SGA memory requirements for very large databases, and improve performance for file create and open operations. The initial extent size equals the disk group AU_SIZE and it increases by a factor of 4 or 16 at predefined thresholds. This feature is automatic for newly created and resized data files with disk group compatibility attributes COMPATIBLE.ASM and COMPATIBLE.RDBMS set to 11.1 or higher.

The extent size of a file varies as follows:

ASM mirroring protects data integrity by storing multiple copies of the same data on different disks. When a disk group is created, ASM administrator can specify the disk group redundancy as follows:

When an extent is allocated for a mirrored file, ASM allocates a primary copy and a mirror copy. Primary copy is store on one disk and the mirror copy on some other disk in a different failgroup.

When adding disks to an ASM disk group for which failgroups are manually specified, it is imperative to add the disks to the correct failgroup.
Posted by Bane Radulovic